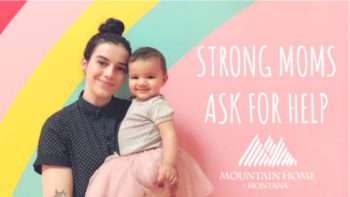 Cheerios or lunchbox scraps for breakfast? Should I first look for the hairbrush under the bed or behind the trashcan? Do I have time for a real shower or just a quick scrub under the armpits?

Parents make hundreds of decisions every day, often before we even leave the house. And that’s not even counting the big stuff, around sleep or breastfeeding, or the even bigger stuff like our careers or what values we most want to pass on to our children in their earliest years.

Ever heard of decision-fatigue? Many psychologists believe that our brain’s decision-making muscle gets exhausted just like our biceps do after a hard workout. That’s why at the end of an otherwise judicious trip to the grocery store where we opted for simple brown rice instead of the glossy-packaged jasmine, and where we dodged the bakery section altogether, by the time we arrive at the check-out aisle we toss into our basket a $7 magazine and $4 candy bar.

So if decision-fatigue is a thing, is decision-energized a thing, too?

Yes, basically, if by decision-energized we mean a state in which we can weigh out pros and cons of multiple options and arrive at a decision that we feel good about in both the short and long term.

One of the best strategies for avoiding decision-fatigue is simply knowing that it exists and planning around it. That means we can automate as much of the daily routine as possible to avoid wasting important brain-power on things that don’t much matter. Maybe that means eating the same breakfast every day or watering the plants on a set weekly schedule.

Likewise, we can plan to make big decisions during peak energy. Discussions about childcare or shared custody need to happen when we’ve got our best brain-power.

As well, it can be helpful to consider the actual data. Economist and mother Emily Oster has made that easier in her new book, Cribsheet: A Data-Driven Guide to Better, More Relaxed Parenting, from Birth to Preschool. Each chapter tackles a different topic such as breastfeeding or sleep-training.

The most common theme between the chapters is that supporters of one side of the debate often overstate the data in their favor. The difference between doing the thing or not doing the thing is often so minimal that a family’s individual preferences and needs should ultimately sway the final decision. (One of the few exceptions is vaccinations, which the data is convincingly in favor of.)

In other words, what a parent wants or needs is not selfish, but instead a valuable factor in the overall equation. A parent who is relaxed and can to some degree enjoy time with the child often makes up for whatever small benefit some otherwise stressful decision may mean.

There’s a natural reason, Oster says, that the facts gets drowned out in favor of more black-and-white parenting advice.

“We all want to be good parents. We want our choices to be the right ones. So, after we make the choices, there is a temptation to decide they are the perfect ones…I don’t want to acknowledge that there are even small possible benefits to breastfeeding. So I encamp myself in the position that breastfeeding is a waste of time. On the other side, if I spend two years taking my boobs out every three hours, I need to believe that this is what it takes to deliver a life of continued successes for my child. This is a deeply human temptation, but it is also really counter productive. Your choices can be right for you but also not necessarily the best choices for other people. Why? You are not other people.”

So, what we’re trying to say is that removing external pressures based faulty information is a great way to combat decision-fatigue.

You know what else helps?

Talking tough decisions through with a trusted friend or professional.

Or us! Give us a call, Strong Mom! We get decision-fatigue too, so have lots of tips and tricks for getting through.